Why The Horse logo? 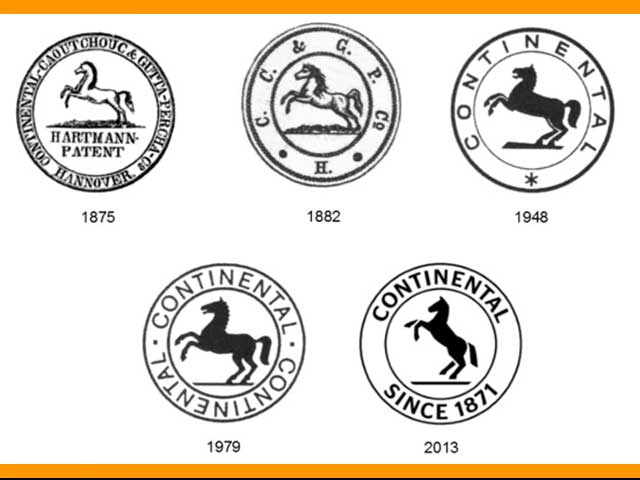 Continental Tire Logo Dates Back to 1875

Whooooaaaaa! Why is a horse used in the Continental Tire logo?!

To answer that question, we dug into the Continental Tire history archives and while there are no records that definitively prove why the horse is utilized in the logo, it has remained an iconic symbol of the Continental brand dating back to 1875.

Though the style and references in the logo have changed through the years, the inclusion of the horse has remained.

Still, there are a couple of other theories of why the horse is incorporated into the Continental logo.

The company’s roots are in Hanover, Germany where the horse has long been a traditional symbol in the region. It was used in the coat of arms for the Dukes of Brunswick-Lüneburg beginning in the 14th century and is still used today in the German state of Lower Saxony.

The horse was a well-known icon in this region when Continental was founded in 1871, so it’s believed that Continental could have utilized its popularity to emphasize the company’s connection to the city and region.

One other theory suggests that the horse logo is used because of the distinct qualities of the horse: strength, agility, and endurance.

No matter the theory, the horse continues to be a reminder of a long company history that started in Hanover, Germany and has now expanded into 61 countries.

Why The Horse logo?